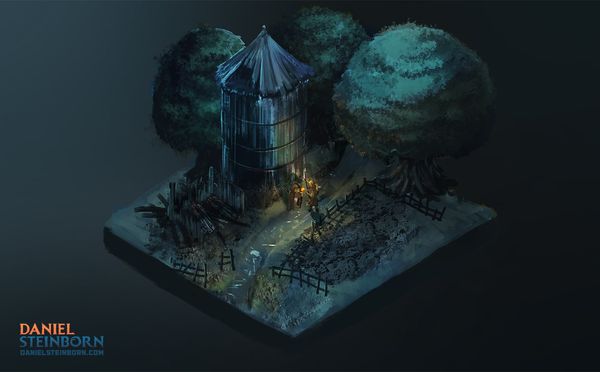 Gligtel looked around. The destruction was all around them. The whole farm building was burned down, and the fields were completely destroyed. Only the silo tower was left. Maybe it had been spared because it was empty anyways. The nearby army had an enormous hunger, leaving the locals only with the bare minimum to survive. Sometimes not even that.

“Maybe we should camp here before we enter the woods. It’s already well after sunset, and the nights are could out here”.

Gligtel scratched his head, which was starting to itch again. Stupid mages with their fancy magic. A simple torch would have done nicely, but high mage Fakiogz didn’t seem like the kind of goblin who would get his hands dirty. Instead, the end of his staff was glowing in a orange light, illuminating the night for them. And making their skin itch like hell. Good thing they didn’t have to stand him for more than a few days from now, as their destination was near.

“Might as well do so”, Ploc agreed tiredly. “The woods are dangerous, but here we can all take a break without having to do guard duty”.

“No, we press on. The temple is near, and time is our utmost concern. The dwarfs are after the relic, and word must have reached Lil’gneas days ago. And don’t forget the impact site”. Fakiogz fastened his mantle and looked towards the tree line. “Surely someone must have gotten curious by now, and checked it out. Too bad they most likely won’t survive what they find there, not without the relic that is.”

Gligtel rummaged around in his bag. Not much food left. He surely hoped that high mage Fakiogz was right, and the temple really was nearby. Otherwise they would be stuck in those bleak woods, with no food and water to survive. He grabbed his spear tighter and sighed. “Well, let’s go then. Ploc, it’s your turn to scout ahead. See if you can make out anything that could harm us. We can not be seen by anyone”.

With that, the group started moving towards the trees. Gligtel took a last look behind him and over the landscape. He wondered if he would ever see those lush green meadows again. Hopefully what they did could really put an end to this futile war. 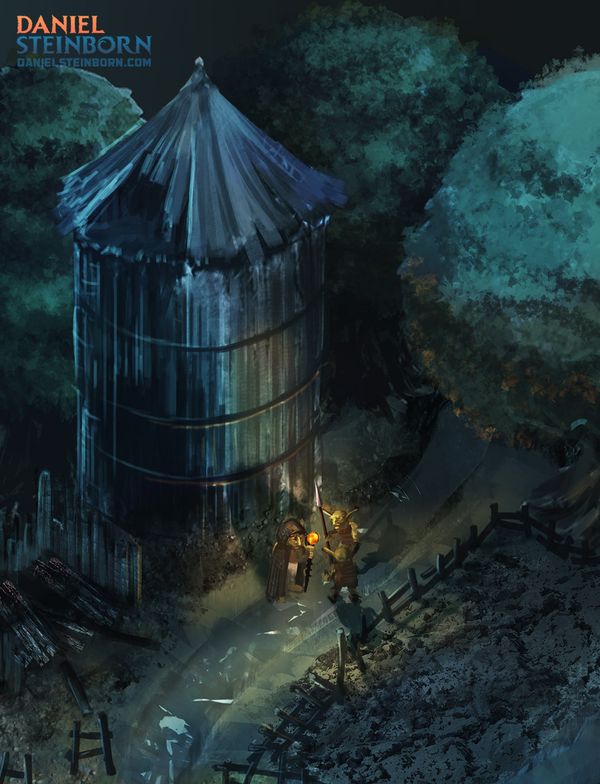